How does memory management work in GTK+? Should I free data returned from functions?


See the documentation for GObject and GtkObject. For GObject note specifically g_object_ref() and g_object_unref(). GtkObject is a subclass of GObject so the same points apply, except that it has a 'floating' state (explained in its documentation).

For strings returned from functions, they will be declared 'const' (using G_CONST_RETURN) if they should not be freed. Non-const strings should be freed with g_free(). Arrays follow the same rule. (If you find an exception to the rules, please report a bug to http://bugzilla.gnome.org.)"
Posted by traveler on 7月 24, 2008 沒有留言:

GObject說明 The Base Object Type

The Base Object Type: "Description

GObject is the fundamental type providing the common attributes and methods for all object types in GTK+, Pango and other libraries based on GObject. The GObject class provides methods for object construction and destruction, property access methods, and signal support. Signals are described in detail in Signals(3).

Splits a string into a maximum of max_tokens pieces, using the given delimiter. If max_tokens is reached, the remainder of string is appended to the last token.

As a special case, the result of splitting the empty string '' is an empty vector, not a vector containing a single string. The reason for this special case is that being able to represent a empty vector is typically more useful than consistent handling of empty elements. If you do need to represent empty elements, you'll need to check for the empty string before calling g_strsplit().

string : a string to split.
delimiter : a string which specifies the places at which to split the string. The delimiter is not included in any of the resulting strings, unless max_tokens is reached.
max_tokens : the maximum number of pieces to split string into. If this is less than 1, the string is split completely.

Converts a string to a gdouble value. This function behaves like the standard strtod() function does in the C locale. It does this without actually changing the current locale, since that would not be thread-safe.

This function is typically used when reading configuration files or other non-user input that should be locale independent. To handle input from the user you should normally use the locale-sensitive system strtod() function.

This function resets errno before calling strtod() so that you can reliably detect overflow and underflow.
Posted by traveler on 7月 03, 2008 沒有留言:

g_return_val_if_fail(expr)
Logs a warning if the expression is not true. 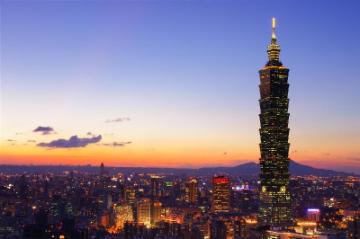 Donate My Adventure via Paypal